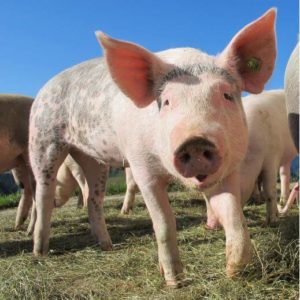 According to economic indicators, demand for pork meat will continue to increase over the next decade. A recent study (2018) by the Rabobank (Netherlands) indicates that world pork production will increase from 116 million tonnes (2017) to 134 million tonnes in 2027. Hence, growth perspective for the pig sector, but also a need to move towards new trends in production methods. Traditional farming will have to adapt to new market requirements, particularly for swine sectors where the average age of livestock buildings exceeds 20 years, as it is the case for instance in France and Quebec.

In the main producing countries, there is a gradual standardization of production methods and the average size of pig farms is increasing. In Spain, for example, where pig production is centralised in Aragon and Catalonia regions, livestock owners are often industrial groups that market feed and medicines for the pig industry.

There were about 50,000 hog farms in Australia in the 1960s. By 2017 the number had decreased to 2700 producers, yet the total number of hogs has increased considerably. In 2015, about 50 farms accounted for 60% of the country’s total pig population.

In addition, technological infrastructures and production methodologies are tending towards standardization and the implementation of automated control tools. For large-scale producers, the trend follows this logic with regard to pig breeds because it is easier and more economical to standardize feed and production environment requirements as much as possible.

The notion of animal welfare, compliance with environmental standards and social acceptability are all parameters that are taken into account in the concept of future pig farms.

Animal welfare refers to the physical and mental states of an animal in relation to the conditions in which it lives and dies during the three main stages of its existence; breeding, transport, and slaughter. In Quebec, hog production establishments must meet the requirements of the National Farm Animal Care Council. The new rules on animal living areas, care and transport have been in force since July 2014 (source Mapaq). Respect for animal welfare has become a commercial and social argument as well.

Compliance with environmental standards and social acceptability are inseparable from the concept of the pig farm of the future, which will have to take into account the problems related to greenhouse gas emissions, the carbon footprint of farms, the optimization of manure management and olfactory nuisances.

The pig farm of the future will use new technologies to automate production processes, ensure remote management and continuous preventive control. Some of these technologies have already been deployed in recent operations.

New livestock buildings will be built according to standards aimed at reducing their energy consumption (waterproofing, skylights to reduce artificial lighting,…). Wall insulation, solar thermal panels to heat the water circulating under the heating slabs, heat pumps and heat exchangers will complete the picture.

Building management can be carried out remotely; control by CCTV, energy management, feeding, monitoring of the physiological parameters of the animals (gestation stage, quantity of food required, veterinary check-up, etc.). The connected objects (RFID tags, chips and other sensors) will make it possible to collect a large amount of data on farm animals and their environment, to better control the risks of disease spread, and to ensure effective traceability.

The role of Solugen

Solugen’s technology will contribute significantly to the optimization of hog farms. Indeed, the implementation of slurry treatment systems will make it possible to limit the use of slurry pits, and will recycle pig slurry into clean water and reusable fertilizers.

In addition, Solugen’s technology reduces GHG emissions and odours generated by manure storage and spreading by 90 to 95%, and reduces the return trips of tractors to the spreading areas by seven times. All those benefits allow the creation of a circular economy while allowing producers to increase their productivity.

Solugen, how to strengthen the pork industry in Quebec and around the world