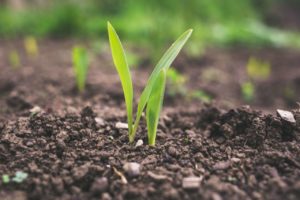 What is pig slurry?

Pig slurry consists in a mix of water and animal manure. It is similar to manure, but in a liquid form. Pig slurry is a mixture of farm animal excrements combined with other discharges such as washing water, feed and straw (bedding) losses. When the mixture of water, excreta and various discharges includes at least 85% water, it is considered as slurry.

The benefits of pig slurry

Pig slurry is a natural fertilizer that includes the main nutrients necessary for a plant to grow, i.e. nitrogen, phosphorus and potassium. As a result, farmers spread it on their land as a natural fertilizer. Pig slurry replaces chemical fertilizers. In Quebec, land application generates significant savings of several tens of millions of dollars per year. In addition, pig slurry contributes to the biological activity of the soil. Its organic matter improves soil quality and, more particularly, enables the retention of fertilizing elements.
Pig slurry is therefore a renewable source of nutrients. It is important to manage it well in order to limit the use of mineral fertilizers such as nitrogen fertilizers, whose production and transport require a lot of energy.

In 2017, hog production in Quebec represented 7 million animals per year, resulting in large quantities of pig slurry. As a result, pragmatic management of pig slurry becomes difficult and complex. Currently, slurry is stored in large closed or open pits and later on spread on fields. However, there are some risks associated with this conventional practice.

Solugen’s contribution to the pig sector

Solugen optimizes the management of pig slurry and thus limits the risks inherent in excessive fertilization of the lands where it is spread.
Solugen technology extracts more than 80% of the water from the treated slurry volume and purifies it. In addition, the process eliminates more than 90% of GHGs (greenhouse gases) and odors generated during storage and spreading.

Beyond these technical considerations, there are important economic benefits. The Solugen process allows the recovery of three types of fertilizers which are phosphorus, nitrogen and potassium. These value-added fertilizers are organic, can be sold and provide an additional source of income or be used in an optimal way to enrich the farmer’s land. As a result, pig slurry does not lose its beneficial elements for the environment and can be managed in a cost-effective way. The decrease in the volume of generated pig slurry opens up development and growth perspectives for pig farms as well.

Adding slurry pits is no longer necessary, the installation of Solugen’ solution requires a smaller pit than the conventional pit, as well as a small building to house the processing equipment. The breeder can thus consider adding pig-breeding buildings on his site. The implementation of the Solugen solution also offers the benefits of limiting the round trips of tractors normally used to transport slurry to the spreading areas. Finally, treated water can be reused for a variety of purposes.